At Tūtaki our trustees’ primary role on the Tūtaki board is to set the strategic direction of the organisation. They also monitor performance and activity against the strategic goals, ensure we are performing against budget and provide strategies for sustainability. Our trustees bring with them a range of skills, backgrounds and views and all have values which align with those of the organisation. 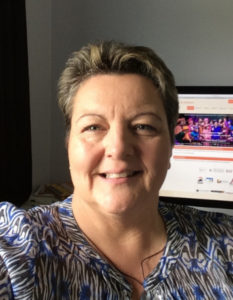 I joined the Board of Trustees in May 2018 after a chance conversation with Simon who was then Tutaki Board Chair, whilst in Auckland Airport.  As an experienced community safety and community development practitioner Tutaki’s purpose of creating positive life outcomes for young people and their families aligned perfectly with my own belief in community-led solutions.

In April 2020 I took over the role of Chair from Simon.

My husband Matthew and I moved to New Zealand from Yorkshire in the UK in Oct 2012 and we have been on our small lifestyle block in Midhirst since early 2014.    I am currently the Manager of The Wheelhouse Project which is a collaboration of nine Taranaki organisations who share a goal of empowering Taranaki community groups with a particular focus strengthening their governance.   Prior to that I worked for South Taranaki District Council as Community Development Advisor and at Auckland Council as a Democracy Advisor.  Before leaving the UK I was part of the Safer Neighbourhood Team, a joint initiative between the Council and South Yorkshire Police, being responsible for community safety issues that were not police issues, community planning, and proactive multiagency initiatives to improve the quality of life of local residents.

In 2009 I was part of the planning group that came up with the concept of Tūtaki. I have been involved in Tūtaki Youth Inc. in differing roles since it’s initial opening in July 2013.

I have been a Police Officer in Central Taranaki for 20 years. This has given me the opportunity to understand the challenges people in our community face, each day in their lives. I have been part of many groups both in delivery and governance to gain an understanding of what we can do to help. With the support of Police, Council and the community, we have shown the gaps in service and the ways in which we can support. Over time we have created an organisation that helps – we help families, vulnerable children and young people.

I am employed by the Police, I was previoulsy Chairperson of Tūtaki’s Governance Team and interim General Manager for our operations. I believe in our approach and appreciate everyone who helps us to achieve our purpose. 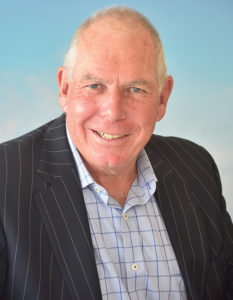 I joined as a trustee in 2015 after being approached by fellow trustee Ilona.  I currently serve as a Councillor at Stratford District Council and am deputy Chair of the Stratford Business Association after serving 4 years as Chair. In 2017 I was appointed as a trustee of the TSB Community Trust and in 2018 a Director of the TSB Bank.

My career was in banking both here in New Zealand and in Australia.  I am now semi-retired and along with my wife Margaret we live on a small farm block in Stratford where we established Dolly’s Milk.

I am proud of the work Tutaki does in the Central Taranaki area and regard it as a unique social services organisation in that it partially funds itself through revenue from the Lions Den Gym & Fitness Centre.  I have been attending a weekly fitness class at the Lions Den since 2016.

We have two adult sons and four grandchildren.

I joined Tutaki September 2014 after being approached by a couple of the trustees at that time. After that initial conversation, I made my own enquiries about Tutaki and the ethos behind it, and quickly realised this was an organisation I would be proud to be part of.

As a journalist, I see firsthand how community organisations can make a difference to the people around them, and Tutaki certainly has a great positive impact on the area and people it serves.

Outside of being a board member, I am the managing editor of a local community paper, the Stratford Press, which is part of NZME.

My husband and I live in Stratford with our three children. We moved here from Tauranga seven years ago, and have never looked back.

Originally I am from the south west of England, and moved to New Zealand in 2001. Before that I lived in the Middle East.

I joined the board for Tutaki because Simon asked me to and it seemed like a good opportunity to learn something new and stretch my involvement in supporting NGO service provision in the community. Tutaki provides a great service in the Stratford community and I am invested both professionally and personally in seeing it flourish.

I grew up in New Plymouth and moved to Stratford with my husband nearly 14 years ago. I have three children, two still school-aged and one now an adult and living in Australia. I am invested in supporting Tutaki to be a service that I would want my children to use if they needed additional support in their lives. I have worked for the Ministry for Children – Oranga Tamariki – for 19 years, in various roles across both New Plymouth and Hawera offices. Prior to that, I was a single parent on a benefit, while finishing a degree at the University of Auckland. I have always tried to be involved in my community wherever I have lived, having been a leader in Girl Guides, on a local Plunket committee, coaching school sports teams, and a volunteer for Riding for the Disabled.

I joined Tutaki in mid-2019, I was keen to get involved in a community organisation having recently moved into the community. I was attracted to the passion and drive that Tutaki Youth Inc has to enrich the lives of our community. It is inspiring to see the work that goes into building such a rewarding organisation.

My husband and I have recently built and are living locally in Stratford and are thoroughly enjoying calling Stratford home. I have been employed with TSB for 11 years and my current role is Principal Manager, Central Taranaki. I work in our Stratford and Eltham Offices and we aim to help New Zealanders through their life changes and pride ourselves on our customer service.

I joined as a trustee in 2019 after current staff mentioned there was a vacancy coming up. I have a life purpose to have a positive impact on people’s health and wellbeing, and knowing what I did about Tutaki Youth Inc, and the positive impact it has on the community, made joining the board one of the easiest decisions in my life to-date.

Outside of this, I work for Fonterra, while also living on a dairy farm with my husband and 300+ cows. I am a sponsored athlete of the Lions Den Gym & Fitness Centre, competing in Power Lifting across the country, and I feel incredibly proud to wear their gear up on the platform. I have a Masters degree in Industrial and Organisational Psychology, and will soon have a Masters in Business Administration, specialising in Technology

I joined the Tutaki board in mid-2019. I was attracted to Tutaki by the work that they have done with the children and families throughout the area and believe that their different programmes are both important and vital for those that they support.

I am a qualified Chartered Accountant currently working in the Stratford office of Baker Tilly Staples Rodway. Having been born and raised in Central Taranaki, I am incredibly lucky to be able to raise my three daughters up in the area, and look forward to being able to give back to the community that has given my family so much. 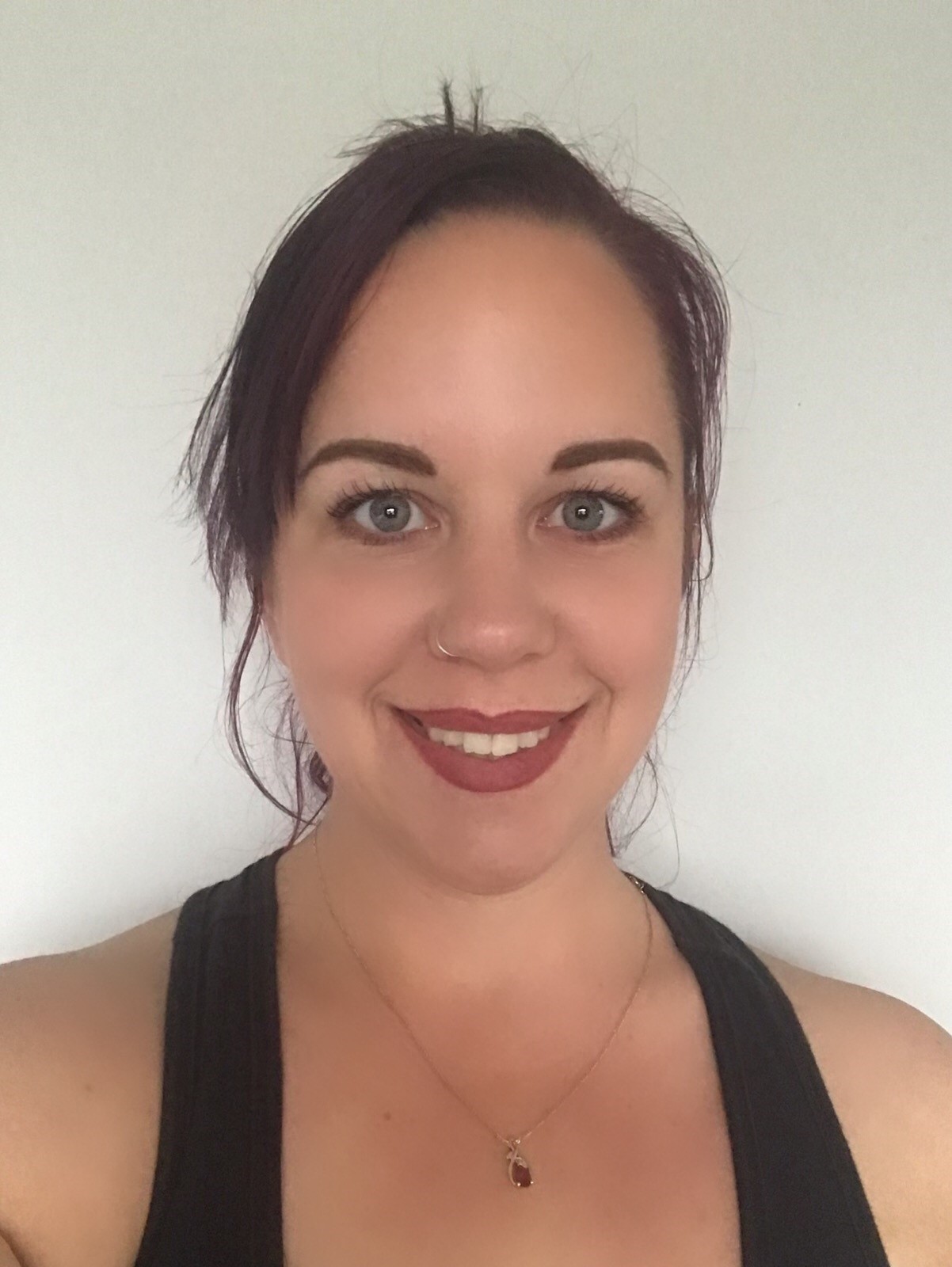 I first came across Tūtaki in 2018 when I became a foster parent and was looking into supports available to children in our area. I was instantly impressed by the support they gave to me and how great the team was.

When in mid-2019 I saw a post saying they were seeking Board members, I decided to put my name forward as I wanted to give something back and do my part in ensuring services like this remain available should my children ever need to access them.

My husband, sons, our dog Tykah and I moved to Taranaki in 2016 from Rotorua and here we have found our home.We have an awesome community here in Stratford and I am proud to become a part of Tūtaki and look forward to seeing it continue to thrive.